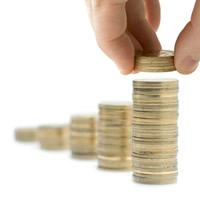 The Labour Party has reiterated its commitment to end the one per cent cap on GP pay rises.

Shadow Health Minister Justin Madders told delegates at the Party Conference in Brighton that the policy would be scrapped immediately by a future Labour Government.

Addressing a fringe meeting towards the end of September, Mr Madders accused the current administration of “hypocrisy” for taking steps to restrict pay increases that are recommended by independent pay bodies. He insisted that organisations had to be given the freedom to recommend rises without being subject to political interference.

Increases in public sector pay were frozen between 2011 and 2013 and have been capped at one per cent in the four years that have followed.

Mr Madders said: “I find it incredible that the Government can have independent pay review bodies, and then prescribe how much they can offer, particularly when it comes to an MP’s own pay and there’s no restriction.

“I find that absolutely hypocritical and I think even some Conservative MPs are deeply uncomfortable with that position.”

Some trade unions have suggested that an above inflation increase of around five per cent should be applied to public sector jobs to mitigate the effects of a punitive few years.

However, Angela Rayner, a senior member of the shadow cabinet, appeared to rule out a rise on this scale in an interview with BBC Radio 4 last week.

“We can’t undo the damage that the Conservatives have done to our public sector for years and years but what we will do is reverse some of that and start putting us on the right path,” she said.

Salhan Accountants are a multi award-winning firm. For more information about our specialist services for Pharmacists, GPs and other Medical Professionals, please contact us.

Telephone calls may be recorded for quality and training purposes.